We use cookies on this site to enhance your user experience

By clicking the Accept button, you agree to us doing so. Find out more

Northamptonshire Police, Fire and Crime Commissioner Stephen Mold has launched a consultation on the level of council tax precept for policing and fire and rescue services in the county next year, warning that these services are under pressure from the financial challenges facing the country.

Northamptonshire Police and Northamptonshire Fire and Rescue Service  are funded by a combination of central government grants and local council tax. Around 18% of the council tax paid by households in the county comes to local police and fire services.

This year, the settlement from the government is based on the expectation that the Police, Fire and Crime Commissioner will ask for an increase in the local council tax precept of £15 or 5.3% a year for policing and £5 a year or 7.3% for fire and rescue – both significantly below the rate of inflation.

Stephen Mold said that police and fire services would continue to be squeezed by the impact of rising prices, and even with an increase at this level, both services will need to look for savings.

“Over the past few years, we have invested in more police and firefighters and improved services  - and that comes at a cost.  Maintaining gains we have made may just be sustainable with this level of increase. While we may still have to make savings, the extent depends on the support taxpayers are prepared to give. I understand the pressures that every  household is facing and I genuinely want to know what people are prepared to pay for their emergency services,” he said.

Northamptonshire Police is on target to have the most police officers it has ever had, with 1,500 by March 2023.  An additional 330 officers have been recruited over the last few years, some funded through the Government’s recruitment scheme and some through local council tax investment.

Stephen Mold said that a council tax increase in the coming year of £15 for policing would allow police officer numbers to be kept at this level and for investments that will increase efficiency to be prioritised.

“Having more police officers has enabled a new focus on neighbourhood policing and proactive policing on the crimes that really matter to people. This is what people have told me that they want from their local police.

“We have worked to be as efficient as possible, by sharing buildings and supporting staff between police and fire, for example. We’ll continue to do that where we can, but we will still face considerable pressure on our budgets next year.”

His Majesty’s Inspectorate of Constabulary and Fire and Rescue Services noted that Northamptonshire Police is “structurally underfunded”, and Stephen said he continues to lobby the Home Office to review the formula which decides how much funding each area receives.

“The funding formula is not fair across the country, so that council taxpayers in Northamptonshire pick up more of the bill for policing than residents of other counties.

“That’s not right and it puts us at a real disadvantage. I have lobbied the Home Office and our local MPs for a review of the funding formula to make it fairer for everyone, and I will continue to press for that change,” Stephen Mold said.

Northamptonshire Fire and Rescue Service is the second lowest-funded fire service in the country.

Since transferring to the governance of the Police, Fire and Crime Commissioner, investment from local council taxpayers and extra investment from the Government has bought stability.

Twelve new firefighters have been recruited, bringing the number to 254, and outdated equipment has been replaced. The most recent report from HMICFRS found that Northamptonshire Fire and Rescue Service had progressed from ‘requires improvement’ to ‘good’ for both efficiency and effectiveness.

Northamptonshire Police, Fire and Crime Commissioner Stephen Mold said that given these improvements, the impact of inflation will be particularly harsh on the county’s fire service.

“NFRS has made great progress, but the service is incredibly lean. The impact of years of under-funding have made a mark and we are only just reaching stability and able to plan.  There are small reserves to draw on, but that is not a sustainable way to operate an essential public service.

“A council tax increase of £5 or 7.3%, will not cover rising costs, but it will go some way towards helping us maintain progress. But with such a lean model, we may still have to look for further savings where we can,” Stephen said.

“People have made their priorities for their emergency services clear to me; I now want to know what they think about the precept increase that would help these priorities to be met.”

The consultation runs until 4.30pm on January 17, 2023, and can be found at: https://www.research.net/r/OPFCC2023counciltaxconsultation

The Commissioner’s budget proposal will go to the Police, Fire and Crime Panel early in the new year. 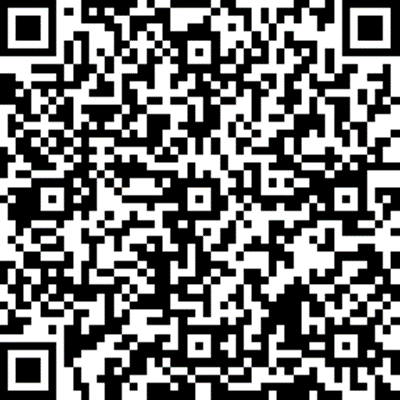 Stay up to date with the latest news and events from Brackley Town Council.